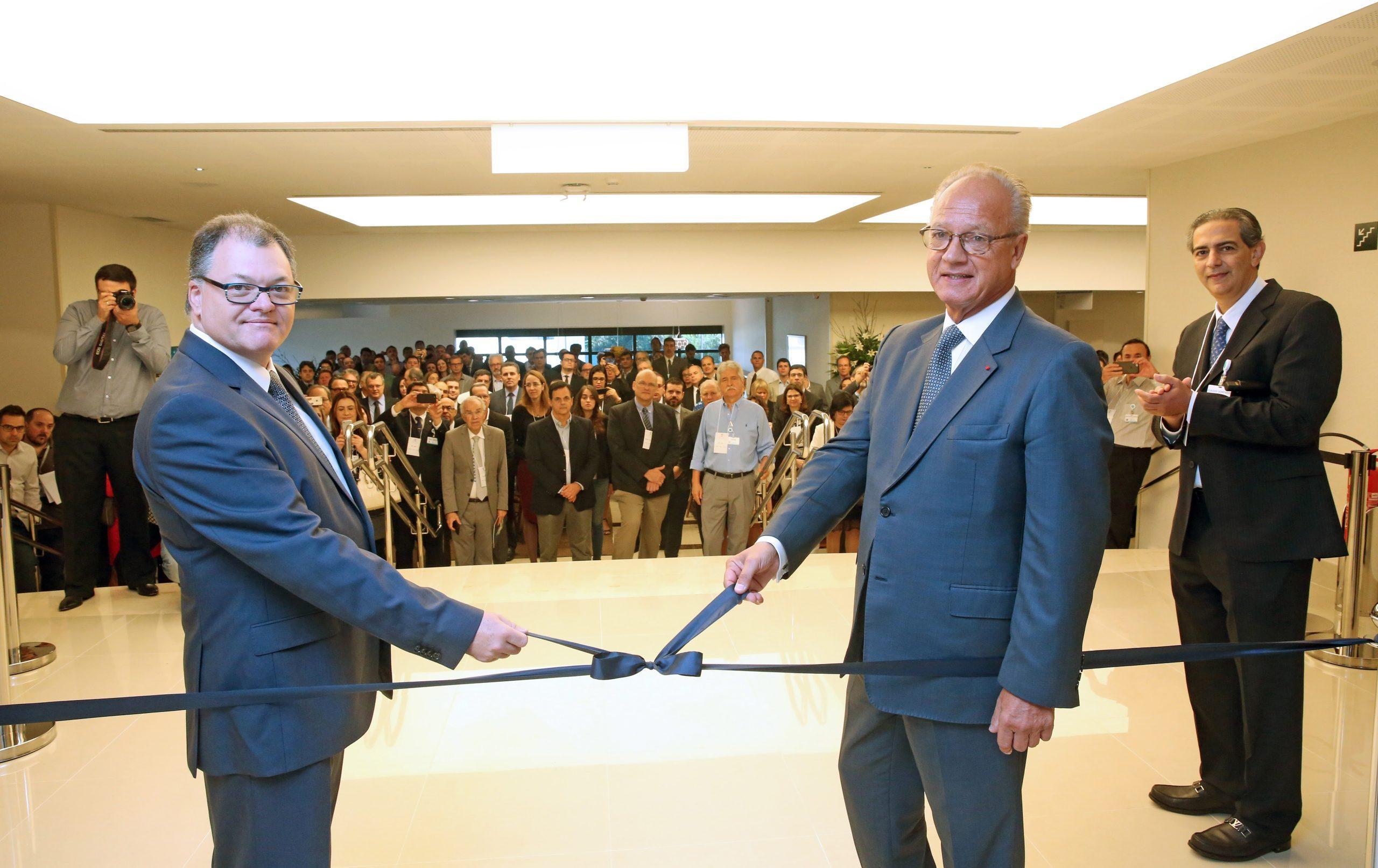 On Friday June 30, IRCAD inaugurated a new training and research center in Rio de Janeiro, connected to the gigantic Americas Medical City hospital complex, in the presence of IRCAD expert surgeons and industrial partners. This third international IRCAD center came to be thanks to the partnership signed in January 2016 with Dr. Edson de Godoy Bueno, President and Managing Director of United Health Brazil, a subsidiary of the United States’ largest health care insurance company. Due to his sudden passing in early 2017, the inauguration ceremony was dedicated to his memory, and the celebrations which were initially planned were cancelled.

IRCAD Rio
The new center used Strasbourg’s institute as a blueprint, and proposes courses in laparoscopic and endoscopic surgery, in the specialties taught at IRCAD Strasbourg (digestive surgery, gynecology, urology, thoracic surgery, bariatric surgery…). It has a total surface of 4,000 sq.m, and has a surgical platform equipped with 20 experimental operation tables, 2 surgical robots, and 1 Artis ZEEGO robotic CT-scan. Professor Jacques Marescaux and the IRCAD France team are responsible for the scientific content, the course organization, and their evaluation. Between 2,000 and 4,000 surgeons will be trained there each year. IRCAD France and IRCAD Rio will probably collaborate on the development of common research projects in the field of new surgical and imaging techniques.

International IRCAD extension
Since its creation, IRCAD focused its work on promoting innovation and surgical training. Surgical innovation must be combined with training to allow surgeons to master new surgical approaches, just as an aircraft manufacturer would train pilots.

IRCAD has been actively taking part in minimally invasive surgery evolution for the past 23 years, and this actually goes way beyond laparoscopic surgery, as it now includes endoluminal and percutaneous surgery.

IRCAD France cannot ensure the training of surgeons worldwide, even though the Institute already trains 5,000 surgeons in Strasbourg every year. For that reason, a mirror institute was opened in Taiwan in 2008 to train surgeons from Asia and the Pacific, following the partnership proposal of President Min Ho Huang. The second step of IRCAD’s international development occurred in Barretos, in the state of São Paulo in Brazil in 2011. The opening of an IRCAD center in Latin America emerged from the solid partnership with the Hospital de Cancer of Barretos, which is one of the largest institutes against cancer in Brazil.

Two IRCAD centers in Brazil
Given the tremendous success of the Barretos courses, it seemed appropriate to open a second institute in Rio de Janeiro, which is a megalopolis with an indisputable attractiveness. IRCAD Rio aims to train not only surgeons from Brazil, but from Latin America as a whole, and even from North America. The relationship between IRCAD Barretos and IRCAD Rio will be built on their ability to complete one another and not on competition. This is confirmed by the fact that both centers will have the same scientific director, Dr. Armando Melani, an internationally known surgical personality, recognized by Scientific Societies of Latin America.

Partnership with United Health
The reasons for this partnership which allows United Health to join the international network of excellence network already built by IRCAD in France, Taiwan, and Brazil, are manifold:

United Health is exceptionally well established in the United States with over 70 million subscribers and has an impressive hospital network, and IRCAD Rio aims to train North America’s surgeons thanks to this large network. The partnership was made possible because IRCAD is one of the very few European institutions, along with London’s Imperial College, to benefit from an accreditation for its training seminars by the prestigious American College of Surgeons.