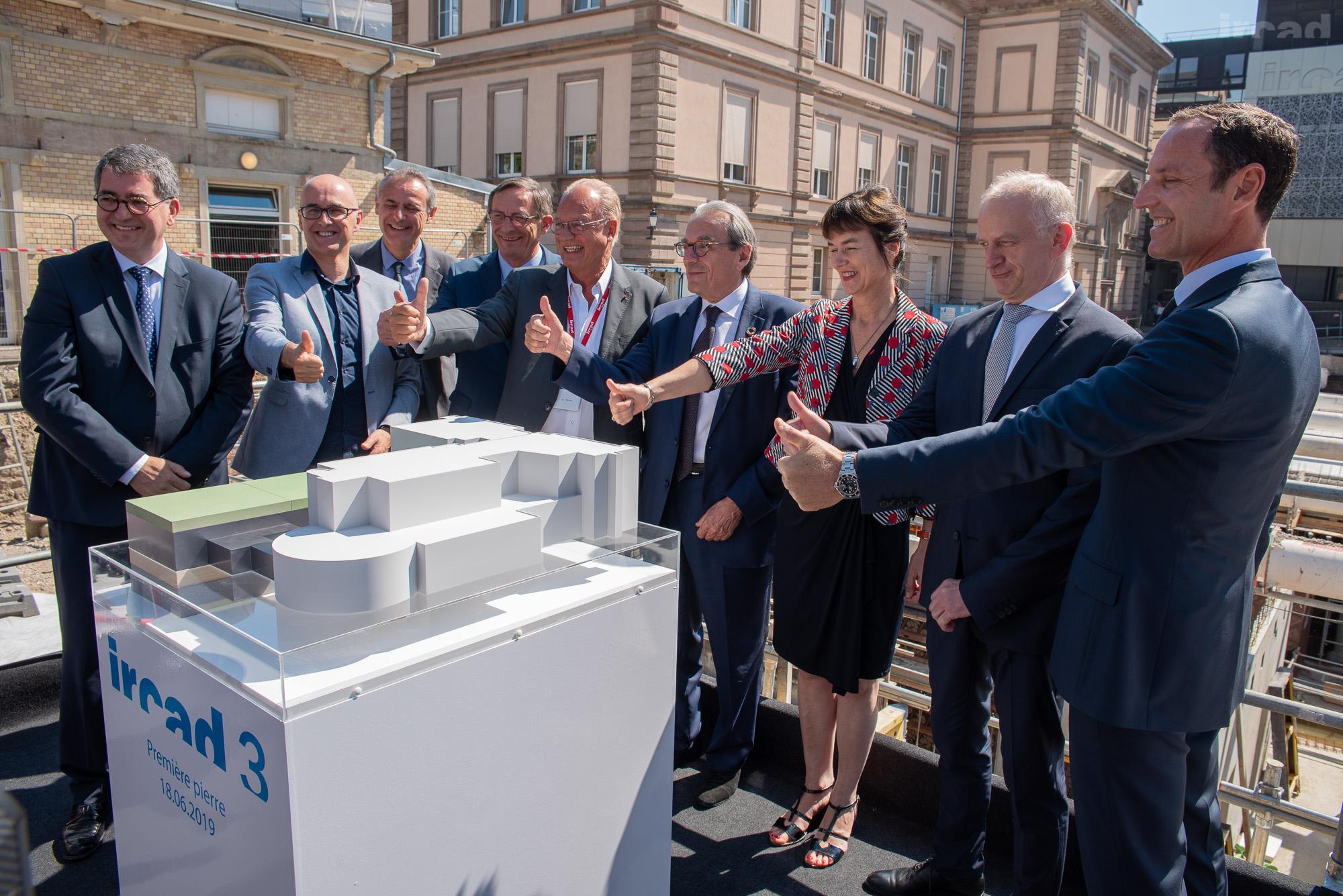 Innovation lies at the heart of IRCAD’s development. Minimally invasive surgical techniques, which have been taught at IRCAD to surgeons from all over the world for 25 years, are progressively shifting to robotic surgery. To live up to this evolution and sustain the institute’s tradition of excellence in new surgical techniques, IRCAD is increasing its surface area with the construction of IRCAD 3: a new building located right next to IRCAD 1 and 2.

IRCAD 3 will open in March 2020 and will be dedicated to the development of research and training in robotic surgery. It will consist of a ground floor and two underground floors, and will feature a surgical robotic platform, which will include experimental operating rooms and a 250-seat auditorium equipped with the latest 4K audiovisual technologies.

More than 10 companies are currently developing their own surgical robot, including the Medtronic Group, IRCAD’s faithful partner since the beginning in 1994. These new robots should be available on the international market in 2020. Today, IRCAD aims to become the worldwide reference center for research and training in robotic surgery.

The other IRCAD institutes in Taiwan, Sao Paulo, Rio de Janeiro, Lebanon, and very soon in Rwanda, China and the USA, are also major contributors to the attractiveness of IRCAD France in Strasbourg.

Intuitive Surgical chose to establish its European center for robotic surgery at IRCAD in 2015. A new collaboration with Medtronic then took place, with the creation of a Medtronic robot-assisted surgery training center at IRCAD in Strasbourg.

IRCAD 3 benefited from the support of the Grand Est region, the Bas-Rhin department council, the city and Eurometropolis of Strasbourg, as well as the ERDF.